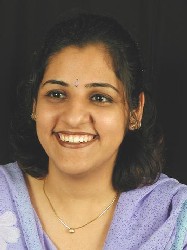 As soon as we reached, she said, “I was waiting for you to come. Now, I can die peacefully.” She asked me to take care of my father-in-law. Something inside me kept telling me that nothing could go wrong with her. I applied “Dhuni Sahib” on her forehead and said, “Mummy, you have taken care of all the kids in the family. You have to take care of my kids too. Where will you go so soon?” She smiled. We were ushered out of the ICU.

We spoke to the doctor, who said that there was blockage in three arteries, 80%, 70%, 90% respectively. My mother-in-law was serious and they were planning to do an angioplasty on her immediately. She was taken to a bigger hospital in Baroda where the angioplasty took place. My husband, my father-in-law, and two sister-in-laws (both doctors) went to Baroda with her. I had to stay back since so many people could not be accommodated. I asked my husband to keep applying “Dhuni Sahib” on her forehead.

My mother-in-law came back to Anand. The blockages were removed. She looked better though she needed some more treatment and a lot of rest. I thanked Sai for the grace he had showered upon us.

The next morning, the doctors in Anand saw some swelling in one nerve in my mother-in-laws left thigh, which was also turning red. There seemed to be a new complication. The doctors stated that they would need to compress the swollen nerve. They mentioned that this was going to be a painful procedure and my mother-in-law will have to be patient. My mother-in-law was taken to the room where we could see three compressor machines. When they started the process, my mother-in-law screamed in pain. I could not bear to see the amount of pain she was going through and came out of the room crying. I kept chanting Sacho Satram. Finally, the process was over. The doctors said that they would have to repeat the procedure three more times.

My mother-in-law looked extremely nervous that morning when they were to compress her nerve again. She held my hand and said, “Amrita, I don’t want to go through this again.” I told her to keep praying while she was inside and I promised to keep praying outside the room. After she was taken in, I kept telling Sai not to give her any more pain. I kept repeating “Sacho Satram.” A few minutes later, a doctor came out and told us, “It is a miracle that the nerve does not need compression anymore.” I couldn’t believe my ears.

Such is the mercy of Sai. As a newly wed, I had expected to hear that I was unlucky for the house; however, not a single person in the entire family ever spoke something like that. On the contrary, my father-in-law and mother-in-law still think highly of me since I took care of her at that time. This, I am sure, is only 0.000000001 percent of the grace that Sai has showered on devotees like us. May He, who has the power to turn the world, always protect us and love us like this.