After Sant Kanwarram Sahib left for heavenly abode, an unforgettable miracle was witnessed at Devri Sahib.

One day, early in the morning a devotee at Devri Sahib, was surprised to noticed, that the beads in the garland in Sant Kanwarram Sahib’s photo, were mysteriously moving in circles in the picture. He could not believe his eyes and  he woke up others also, and then every one present, witnessed the miracle together. 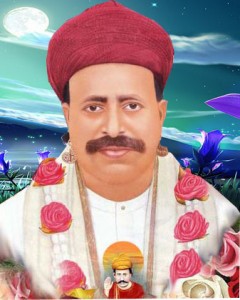 This went on for few hours, and after that every morning and evening, this miracle was happening. People from all over the country came to raharki Sahib, to see that miracle and could not believe their eyes. Once even the glass of the frame broke but after changing the glass also, the miracle still contineued  for so many days. Great are the Sants of Raharki Sahib and their glory.