Once a man went to Sai Satramdas Sahib and told him, that he had too much of itching in his hands, and he had tried many doctors but the itching problem still continued. 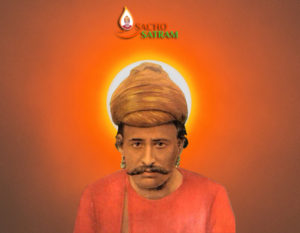 Shehenshah Satguru told that man sto go and wash his hands again with soap. That man followed Saijan’s instructions and went home, washed his hands with soap and, to his surprise, he noticed, that now he had no itching problem, at all in his hands. It had just vanished. The man realised, that how powerful were Sai’s true divine words.